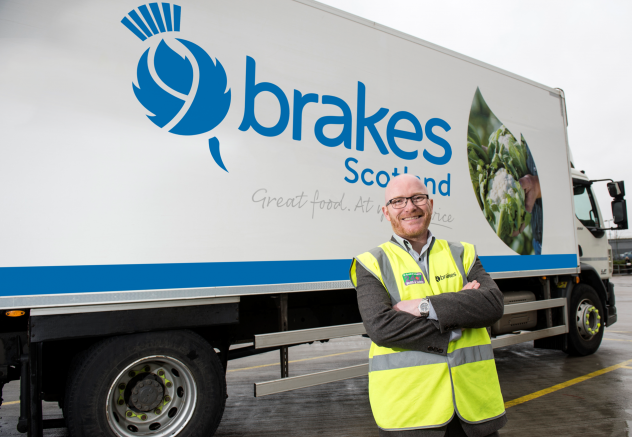 The partnership follows the launch of Brakes Scotland in 2016, part of Brakes’ UK operation, and further cements the company’s increased commitment to Scotland and its Scottish offering.

Gary Maclean has a long-standing relationship with Brakes spanning 25 years, having used the company throughout his entire career as a chef and senior lecturer.  He comments:

“The team at Brakes Scotland have so much passion and enthusiasm for Scottish produce.  It’s fantastic to see the work the company is doing to support Scottish suppliers, including collaborating with smaller suppliers, and I’m really excited to be part of this.  I have always been a huge advocate of Scottish produce across the seasons, from shellfish to fresh berries, and I believe Scotland is the envy of Europe in terms of the quality of produce we have on our doorstep.  As a chef and lecturer I know first-hand how important locally sourced food, with strong provenance, is to chefs and consumers.”

“Gary is an incredibly well respected and dynamic powerhouse in the world of food and we’re thrilled he’s on board to help enhance our Scottish focus and to work directly with our customers.  We have grown our Scottish offering considerably, for example our dairy products are now entirely Scottish, and we have plans in the pipeline that will add to a brilliant Scottish range.  We have always supported young chefs and Gary will help us to inspire young talent in Scotland, as well as develop new recipes and some other exciting initiatives.  We remain focused on truly putting Scottish food at the very heart of our business.”