We were recently asked to take part in a football nation themed burger recipe challenge to form part of a football party hub on Waitrose.com. Being a football fanatic and both of us partial to a tasty burger this was too good an opportunity to miss. What follows is our very own French themed burger – the Burger de Boeuf avec Brie (which hopefully means beef burger with brie 🙂 )

The brief was simple: Create a themed burger recipe based on 1 of 6 countries participating in the world cup. After quickly getting over my disappointment at the realisation that the haggis burger just wasn’t going to happen we were given France and set about coming up with some ideas on key ingredients for our creation. My immediate thought was a French brie had to play some part here along with the idea of putting the burger on some sort of French baguette bun, however a work colleague came up with the genius suggestion of brioche and from that point the decision was made. In terms of the burger itself the only real choice here was beef. A horse meat burger had been suggested although I’m not sure what the selection of horse meat is like in my local Waitrose and I didn’t want to upset anyone so that wild idea was quickly put to one side.

Once we had decided upon the final recipe and returned from Waitrose armed with the essentials we quickly set to work creating our burger (I say we but to be honest I had decided it would be best to take more of a project manager type role and let Miss Edinburger lead the way with the cooking): 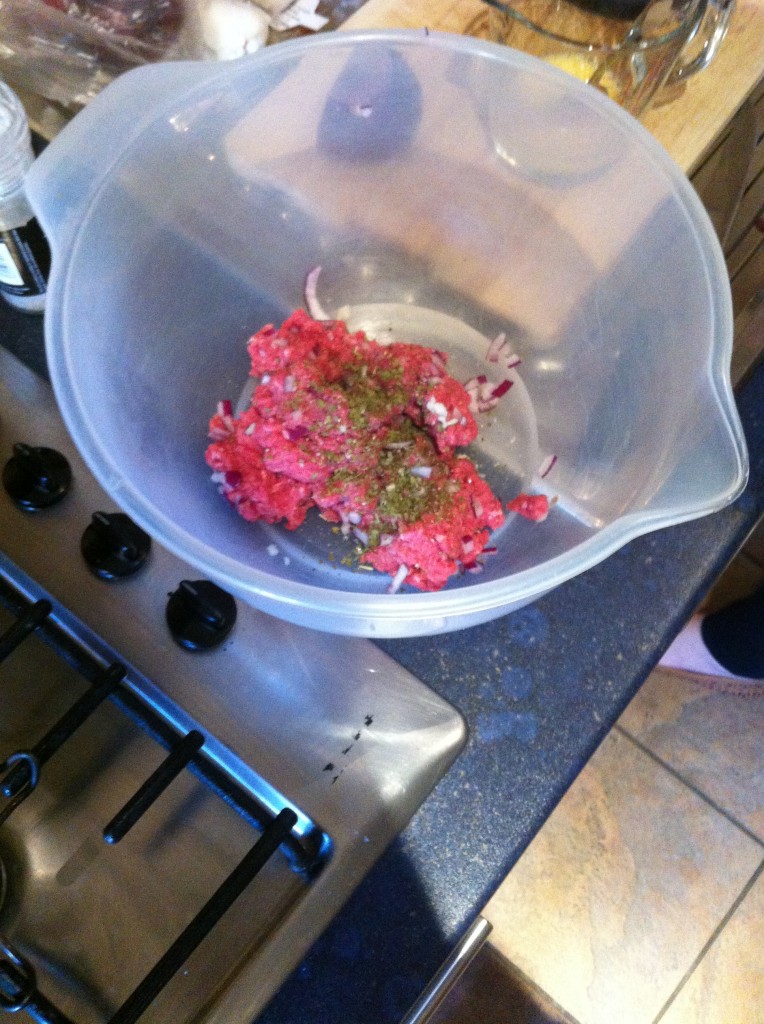 In case you are wondering that is 400g of beef mince, chopped red onion, mixed herbs, a pressed clove of garlic with an egg soon to be introduced to help bind the mixture. We then created satsuma sized portions and flattened them to a shape which loosely resembled a burger.  Said burgers were placed into a frying pan to seal: 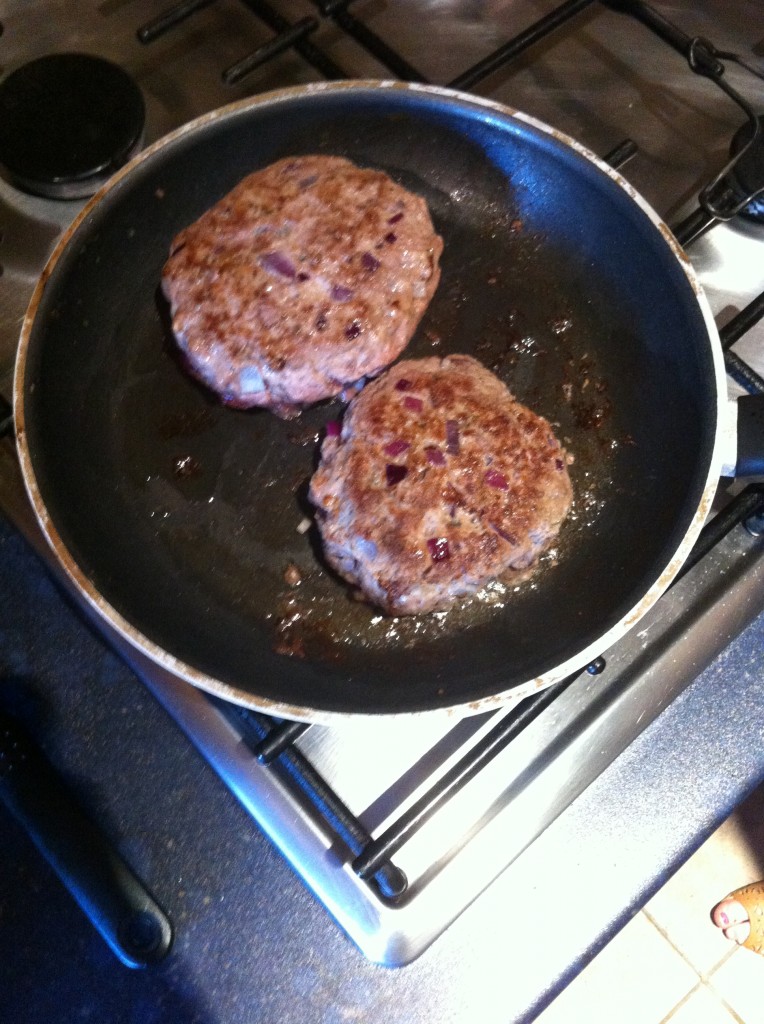 In hindsight we really should have used a better frying pan.. I could pretend that this was all part of some sort of rustic French kitchen set up but it unfortunately it isn’t. While the burgers were cooking I quickly got started on my job: sorting out the cheese and burger sauce. 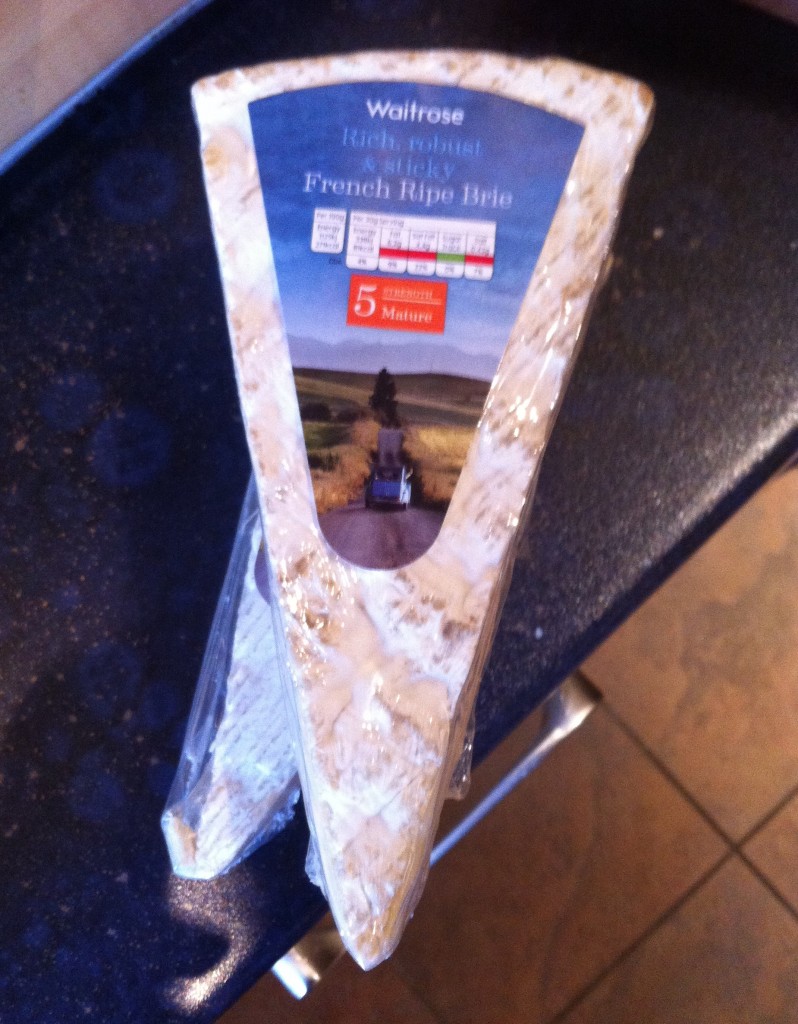 The brie was cut into thick slices ready to be placed on top of the burger. The sauce was Dijon honey mustard made by simply mixing equal parts Dijon mustard with clear honey. 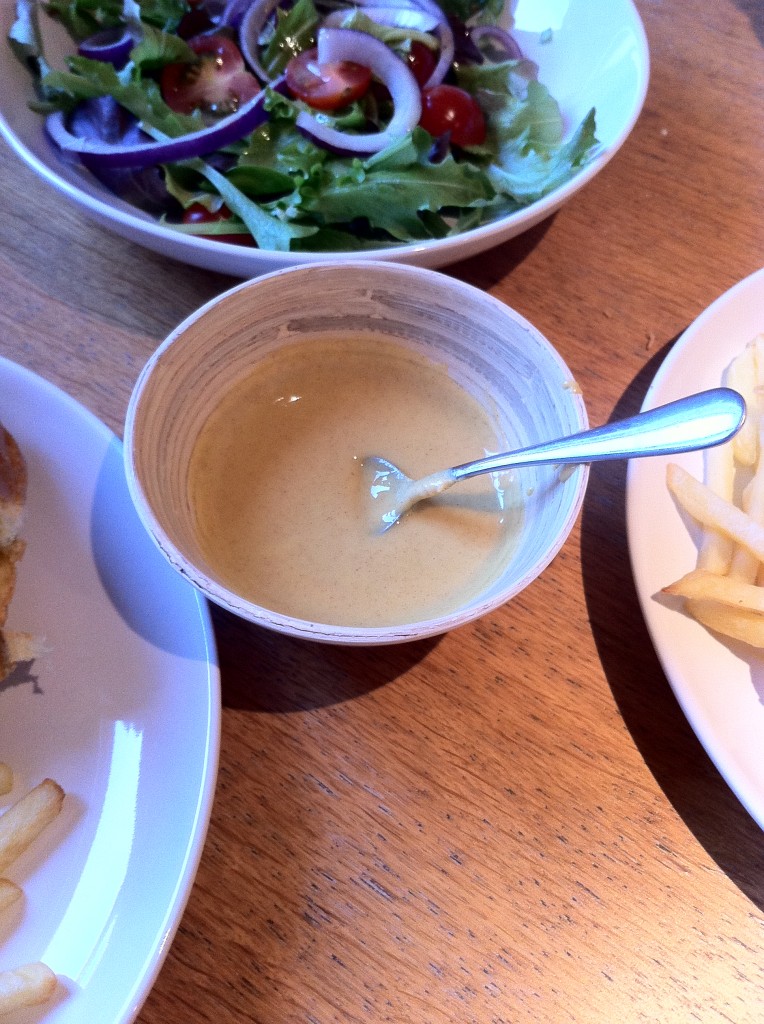 To complete the burger we added the brie and placed under the grill to melt and fried some red onions caramelised with a little sugar to be placed on top of the burger and melted brie. The burger was served with french fries and a side salad and washed down with some Louis Latour Red Burgundy for me and Cidre De Normandie for her. 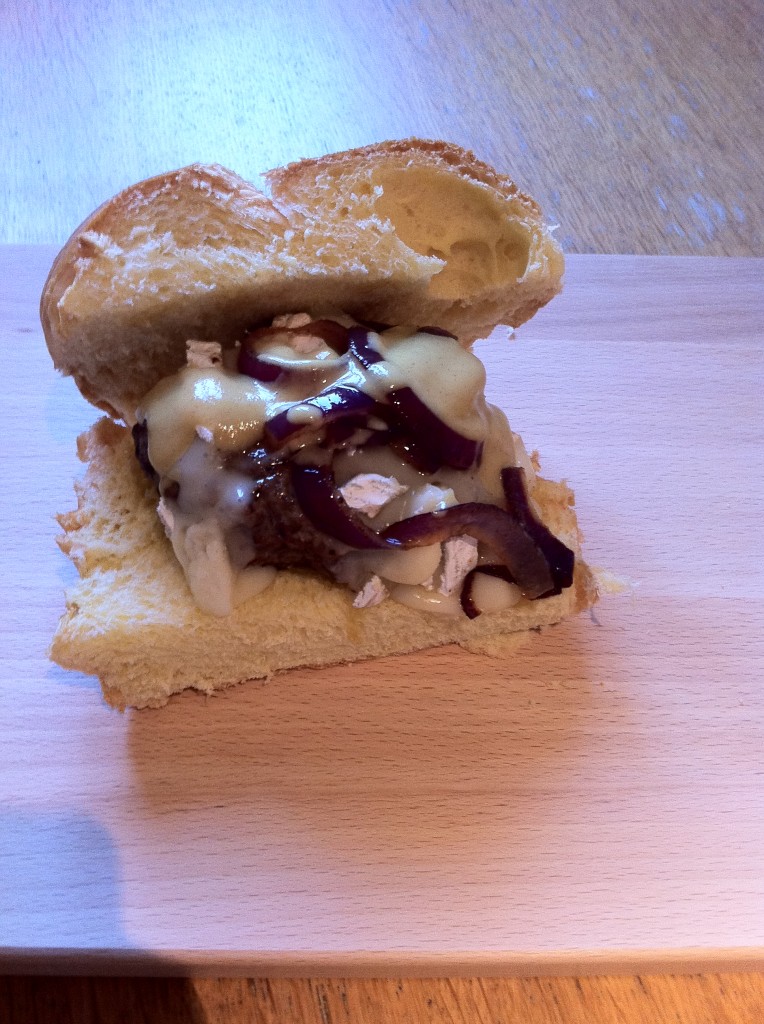 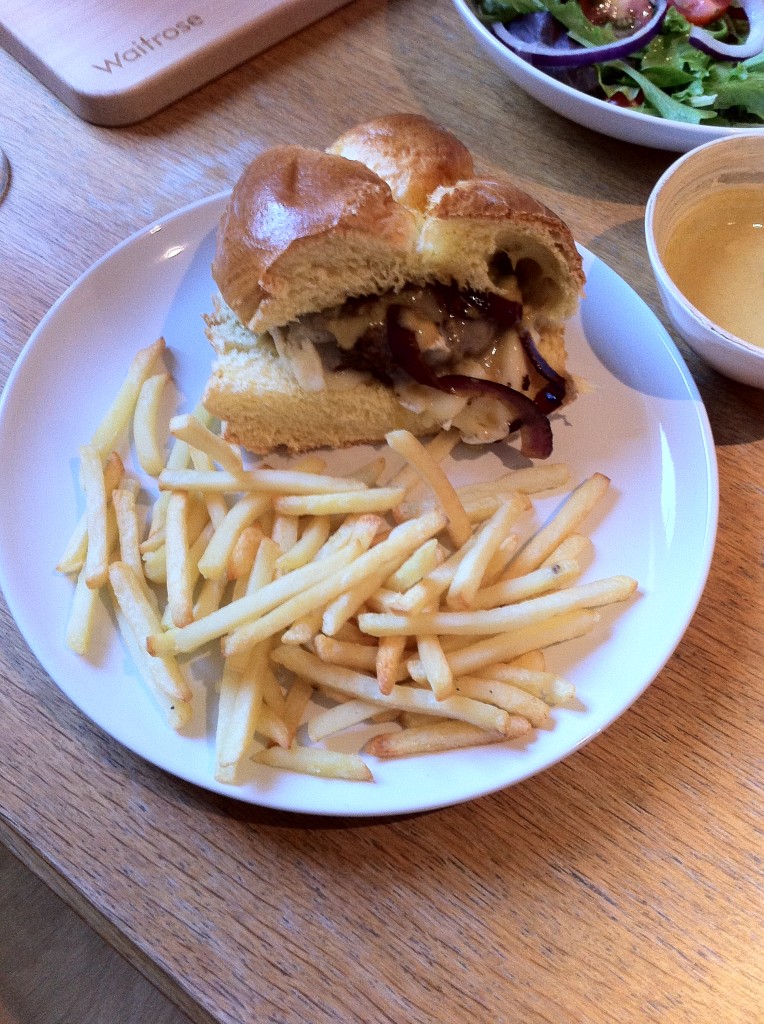 Ta da! So there you have it, the Burger de Boeuf avec Brie. I have to say we were rather pleased with it. The sweetness of the brioche worked really well with the strong brie and the sharpness of the Dijon honey mustard sauce. It’s one we will definitely be having another go at. You can find the full recipe below and please feel free to let us know if you try it out or even share your own ideas in the comments section.