So we found ourselves at Phuket Pavilion after having booked a table at Vittoria’s, waiting 20 minutes, only for people who had walked off the street without booking to be seated straight away before us and then we were put in a corner at a table clearly made for two but turned into a table for three. We sat down and decided after the wait we didn’t want to eat there and walked out. A lesson in how not to treat paying customers.

Anyways, a brief walk up Leith Walk and we decided on Phuket Pavilion. It looked busy when we walked in and our hopes of a table were fading but to our surprise we were shown to a table in another part of the restaurant which isn’t initially visible. Menus in hand and drinks ordered we knew we’d made the right choice. The fantastic aromas had our tummies rumbling and couldn’t wait to tuck in.

On this visit we had Mr Edinburgers dad join us. So this meant we had another dish to taste, all in the name of writing the review of course 🙂

There is so much choice on the menu that it was hard to choose. For starters we ordered chicken satay, Goong Tod Tempura and steamed king scallops. 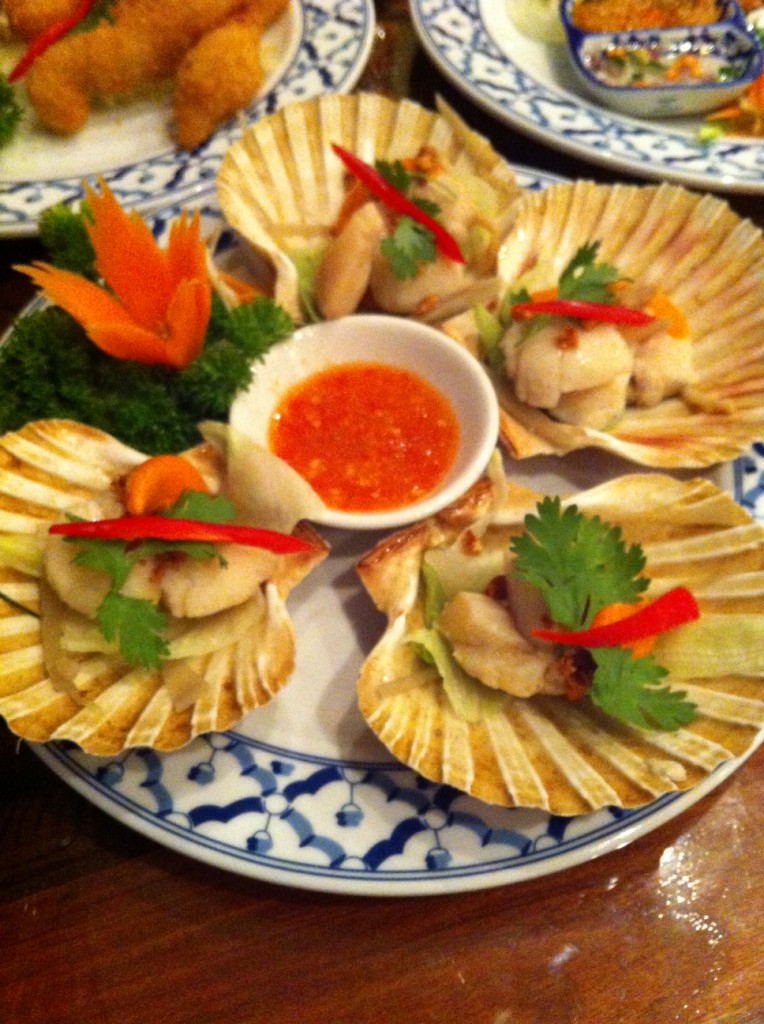 The steamed king scallops I’ve been told were delicious. I’m not a huge scallop fan as I find them a little too fishy for my liking but both Mr Edinburgh and Snr Mr Edinburger thoroughly enjoyed them. I’m told that they were succulent and very well cooked. I can say I think they are the biggest scallops we have been served before and to get four as a starter for one is great value. 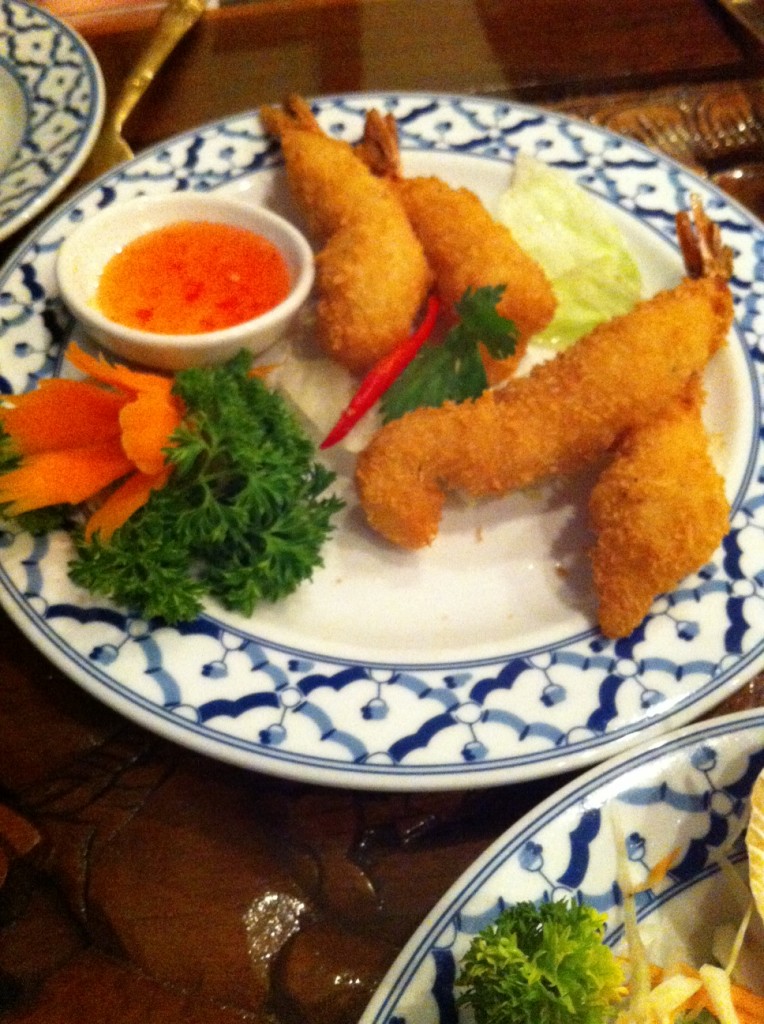 I went for my favourite starter, Goong Tod Tempura. This is king prawns coated in honeyed breadcrumbs. This was delicious. The king prawns were huge and the batter surrounding them was crisp and fresh. You could tell they’d just been cooked and were piping hot. Sweet chilli dip was also served with them and it made for a good combo. 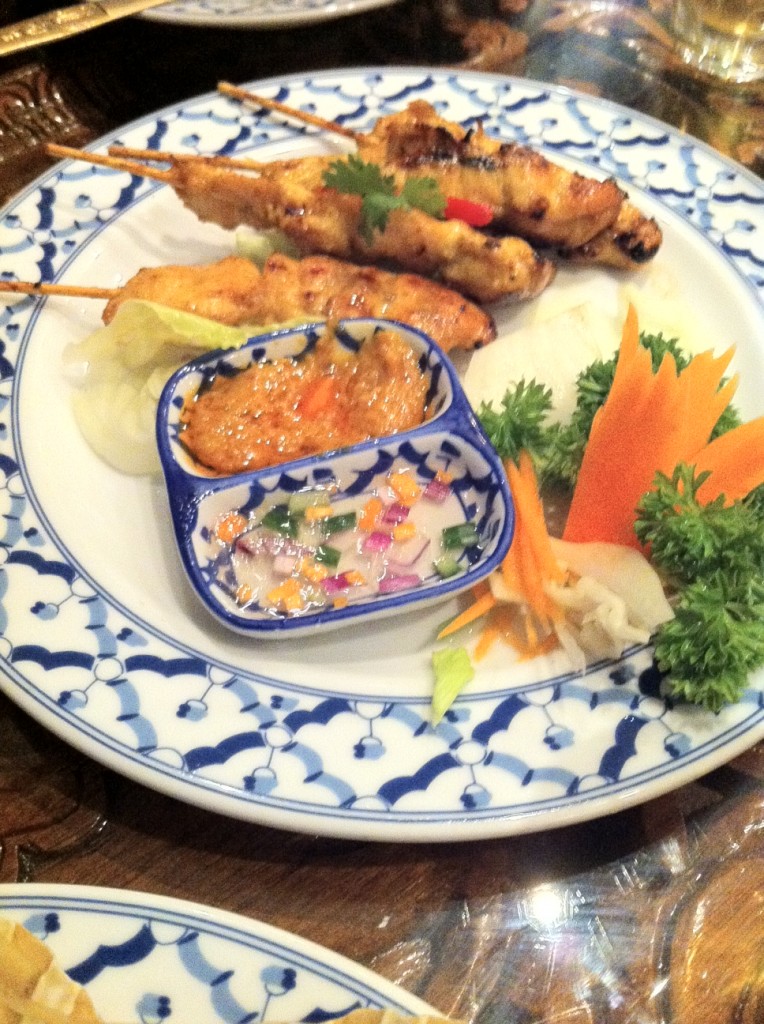 Mr Edinburgers Dad went for the chicken satay. This is what Mr Edinburger would normally order and he was delighted his dad was there to order it. The chicken was tender and well cooked. The flavour of the chicken was fantastic and made you want to eat more. The satay sauce was in a little dish and was delicious. It had a nutty taste which was just right and not overpowering. We could have done with a little bit more of it.

Overall the starters were fantastic. Much bigger portion sizes than we had anticipated and this meant there was plenty for everyone to have a try of each dish. They are definitely value for money and had set us up nicely for the main course. 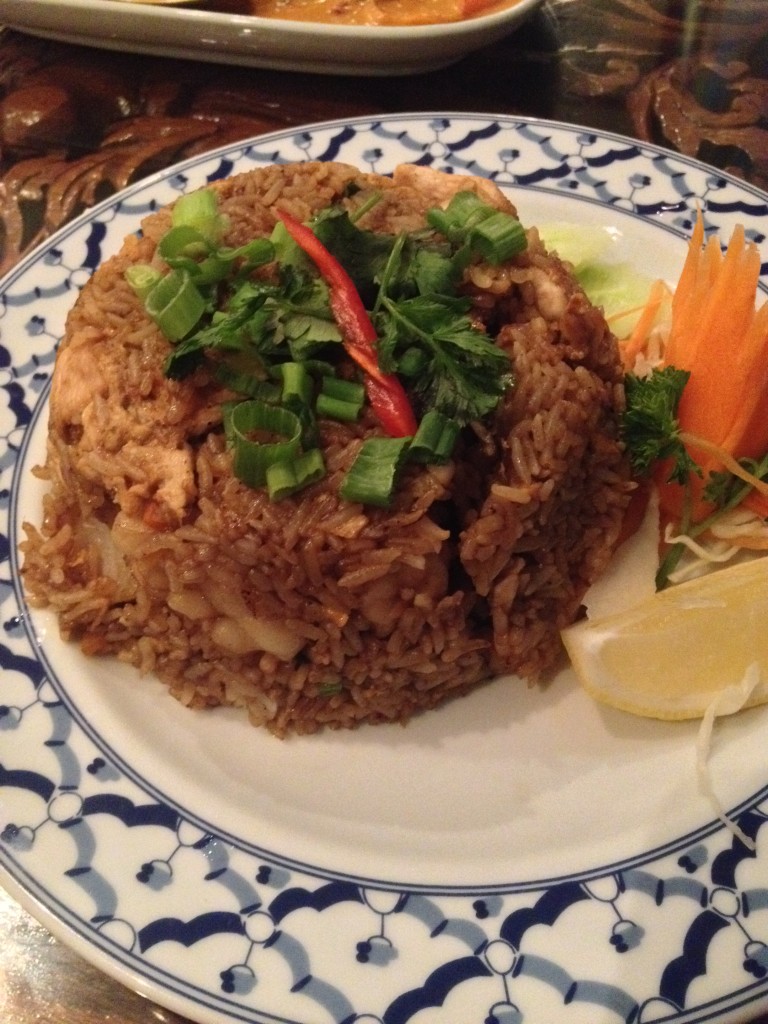 Phuket fried rice was my main of choice. I love fried rice. This had squid, king prawns and chicken in it and this was a great choice. It doesn’t look like there is a huge amount on the plate but when I broke it up, it was a huge portion. The squid was great. Cooked just right and not chewy. Everything else in the dish was fantastic and flavoured perfectly. There was only two bits of squid in it so it could have done with a little bit more and less chicken but either way it was still tasty. 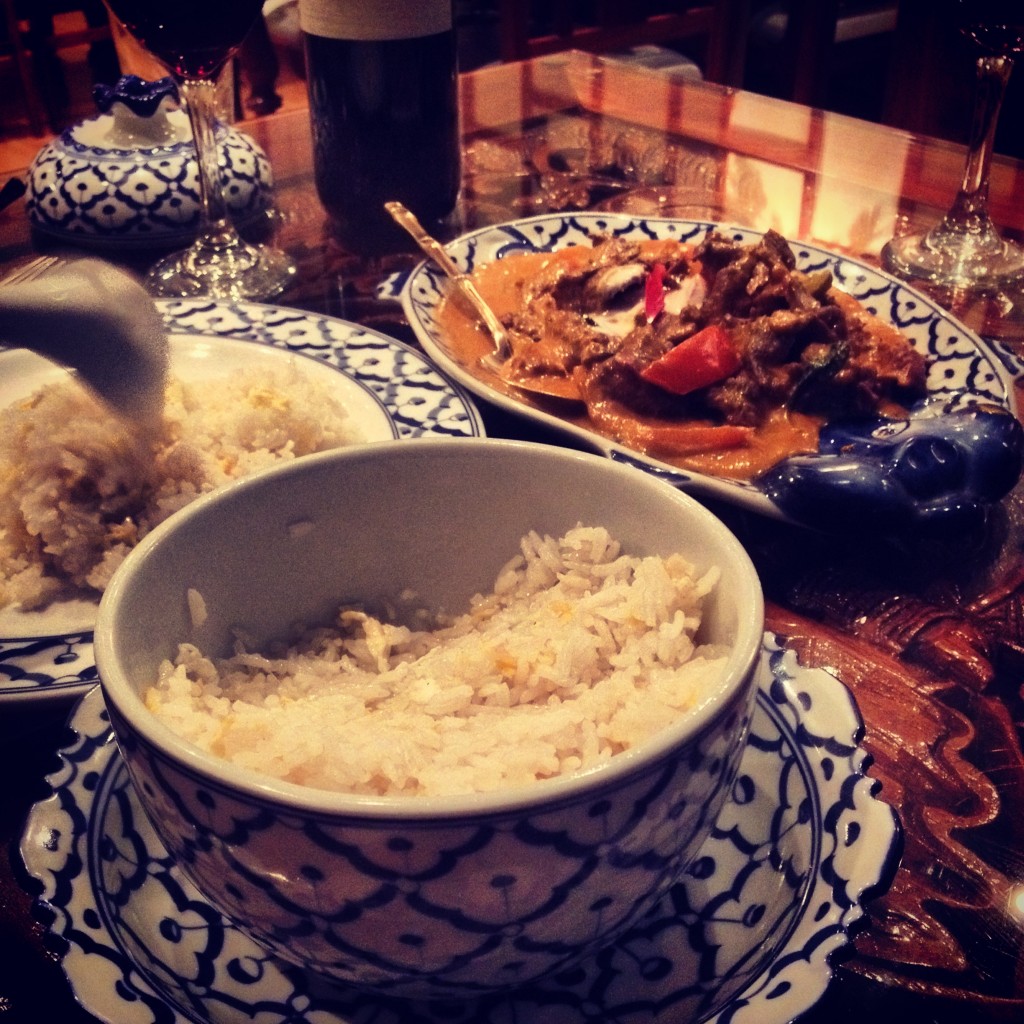 Mr Edinburger’s Dad had Chu Chu Lamb. This was lamb cooked in red curry paste, coconut milk, galangal, sweet basil and lime leaves. This dish was very tasty. The lamb was tender and juicy. The little strips of lamb were plentiful and lots of sauce to go around. Again everyone liked this dish. 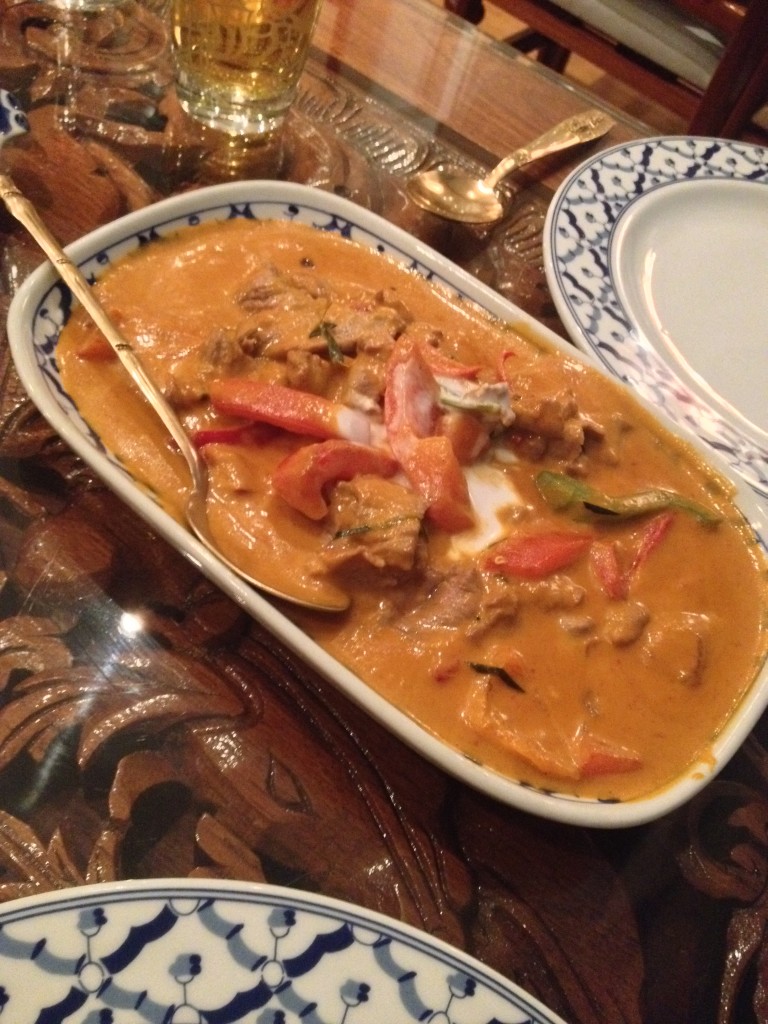 Mr Edinburger was having his usual beef panang.  This was similar to the chu chu lamb but had a bit more of a drier kick to it. The sauce was light and worked well with the beef.

All three mains were huge portions and we did notice that people leaving had white carrier bags with them. It turns out if you don’t eat everything they will pack it up for you to take home. This is a great idea but seeing as we were very hungry when we got there, there wasn’t much left for us to take home.

Phuket Pavilion is a fantastic Thai and we would probably go as far as to say it is one of the best we’ve had so far in Edinburgh. The service is great and it has a great atmosphere from the moment you walk in to when you leave. We’ll definitely be back and given how good the food is, it’s no wonder that it’s a favourite.