Sunday brunches have become the norm for us but on this Sunday we opted for a big Sunday roast instead. Surprisingly Mr E had never even heard of The Sheep Heid Inn, never mind the fact they do massive Sunday roasts and have a bowling alley. So off we headed having booked a table last minute, we were lucky they had room as it’s pretty busy most Sundays. On this Sunday the sun was splitting the sky so when we arrived the beer garden was full of visitors enjoying a beverage in the sun. The Sheep Heid Inn is Scotland’s oldest surviving public house established in 1360 it’s seen many a famous face darken it’s doors. Quite recently Kelly Clarkson and John Barrowman have been spotted enjoying the offerings of The Sheep Heid Inn.

There were lots of dishes on offer but to be honest we were pretty set on a roast the only question was did we go for a chicken, beef or pork roast. I find it hard to resist a good chicken dinner so I was sorted. Mr E ended up having the roast pork dinner. I think it was the thought of crackling which swayed him in the end. We were seated in a nice corner seat beside the window with a nice view out into the courtyard. It seemed like it was a popular spot with families and those who had either climbed Arthur’s Seat or those who were planning to after. Not sure i’d manage the latter after a Sunday dinner. 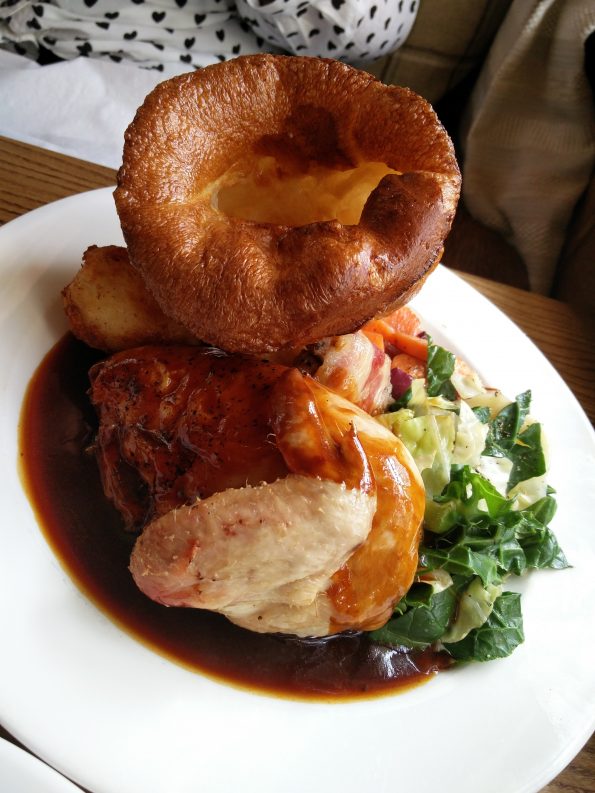 Now you can see from the pictures that both dinners were a mighty feast. Packed full of meat and all roasts are served with goose fat roasted potatoes, seasonal greens, honey roasted carrots, Yorkshire puddings & gravy. I can easily say this was one of the best roast dinners we’ve had in Edinburgh to date. My chicken was moist, well seasoned and very tasty. Mr E was also in agreement that his pork was equally as good. The gravy was rich and had a fantastic flavour that meant you wanted to have a little bit on every mouthful. I think a special mention should go to the Yorkshire puddings. One of the biggest we’ve ever had and it was homemade! Everything about the dinner was delicious. Looking at those pictures you would probably be thinking we didn’t have room for dessert but just take a look below. We managed to squeeze in a pudding each. 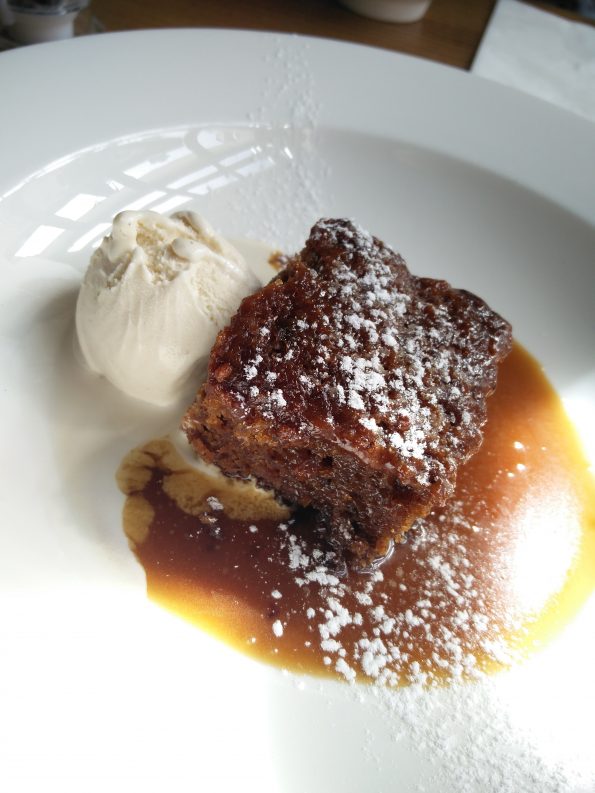